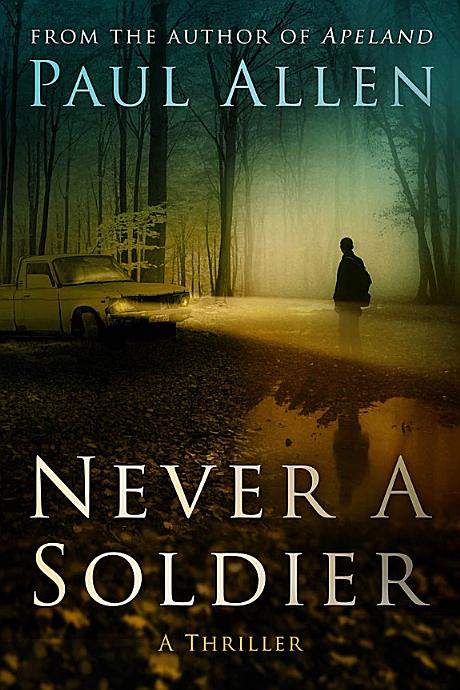 In the southern New England woods, Eugene Sibbs, descended from an old Yankee line, has nothing left but a few acres, the bunker-like house he has built, and daring ruthlessness. Determined to take control of his world and rise through crime, he likes to drag along his teenage son, Nickie, as his unwilling accomplice. His wife, Vi, who relates to him best through drugs and sex, does not want to know what is going on.

At turns, pastoral, violent, and sexual, Never A Soldier builds through a series of murders until someone in the family decides Eugene must be stopped.

“This is a novel pleading to be a film, so involving is the story and so richly related. The territory covered and the manner in which naturalist/journalist Allen relates with energy, offers a nod to tenderness, and a terrific sense of compassion. Highly Recommended.”
—Amazon review

“The latest era of noir fiction has brought us brilliant writers mining the layers of life that are often neglected by the elite literary world. Authors like … Paul Allen have cracked a vein into realities that deserve to be brought to light. Their fiction offers an experience of intensity and pleasure, wrought through artful portrayal.”
—Amazon review